The Quiz Shows and the net profit.

To the Editorial Staff

To the ZDF/ Television/ z. H. the Prominent Ones/ Quiz- Show

Quiz- Show/ It Is Good To Know 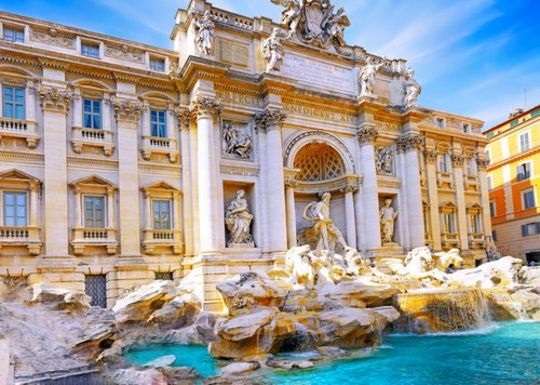 This letter refers to the evening program yesterday, whereby it is about the Prominent People- Quiz of the Live Show for the world hunger assistance from Munich, too.

It was a very entertaining and merrily arranged transmission, with a lot required alternations for the spectators, whereby particularly films were shown by the visit of the German prominent people from the entertainment line. So the films were locally documented by the prominent people from the heavily struck regions of our earth and the misery of the resident humans on site.

By a popularity of the present guests of this Quiz-Show, whereby also many prominent ones sat at the telephone to answer the donation calls, among others there was the star cook Mr. Alfons S., who in the morning in the ZDF of the German Television was shown in the cooking show: “The Kitchen Battle”, so the spectators could donate money for the world hunger assistance.

A guest with Mr. Marcus L. was i. a.  also the popular show master Mr. Jörg P., who had travelled to the operational area Haiti, whereby also he brought along imposing pictures and impressions.

And now it cracks in the cardboard!

At the beginning Mr. Jörg P. made the clear statement concerning the very heavy earthquake at that time of Port au Prince, that different states would generously have donated concerning the disaster of Haiti and in all a sum of 9. 9 Billion euros should be come together, however from the money did not even arrive 1 Billion euros at Haiti, but I had understood acoustically not exactly, whether it acts about a 9 behind the point!

That only was shortly mentioned and also Mr. Marcus L., the host,  noticed the fact,  that just several Billions euros would flow to Ireland and it would not be bad, if some Billions of it could be side-lined for the world hunger assistance,  what however would have been impossible.

In this way however it does not go on any longer!

Yesterday you as a TV organization surely brought in more money by this Quiz- Show, than the spectators donated altogether.

Probably the donations resulted in a sum total of at least         1. 000.000, -- euros and one or two sponsors are going to put still some hundred thousand euros in addition, which I could unfortunately pursue no more at the end of the transmission.

And now I start to show!

On the one hand  humans fight for their daily bread or for the life of their children and on the other hand more or less “psychopaths” must be entertained, whereby exceptions proves the rule, with it the entertainers feel well in their roles, because thereby the “psychologically sick ones” open their purse.

But also the regulated by public law television can profit from it and bring in money by high viewing rates, which was actually earned by the poor and poorest regions!

And now it goes on to begin to show!

It cannot be true any longer,  that a sum of a value of 9.9 Billion euros is completely simply disappeared or it is at least no more discoverable, where the money is remained. Nobody really gets het up over it or  is seriously busy with it, where the money is, which was embezzled the concerned people!!

Such a behaviour is called a misappropriation of funds or a grossly negligent and irresponsible behaviour also opposite those ones, which had to make the money at first!

And that does not only will be a stupid saying!

Now we are going to occupy with the 9.9 Billion euros and with the actual proceeds of the Quiz- Show, in which the mentioned star cook by its transmissions the spectator as a legitimate breadwinner was smuggling under, although in his cooking shows already is adulterated food and experimented with food as well as the leftovers are generously leftover, apart from the wastefulness and the delivery of the food completely!

Perhaps you and your star cooks need a specific spice, that yesterday was demonstrated from the star cook in order to energize or activate the metabolism in the brain!

One further used the trained teacher and show master, Mr. Jörg P., who is generally known as an intelligent person and had already made for many entertaining hours on television, but nevertheless he and the other guests must be able to accept this statement now.

Therefor voluntary donations for the world hunger assistance were legitimized as a necessity with a guaranteed delivery of the funds at the right places but at the same thereby an obligatory assistance by all States of not-earthquake-concerned were alleviated opposite the Haitians and the natural obligation and duty to take care of an achievement of each state, too.

How would you feel, if your health or your life and the lives of your children are made depended on the funds of a Quiz- Show by actors or moderators?

Also I am sure of the fact, that the prominent ones yesterday appeared honestly and had them made strong for those poor humans, but now we come on to the mentioned difference of the proceeds.

One multiplies this unimaginable sum by 9. 9 or by 9. 7 and the sum, which lies between these multipliers, that you far from did not bring in yesterday!

If you really want to realize that the misery in the world radically decreases and stops, then let search for the suppressed money at a value of 9 Billion euros and do in future without this kind of shows, which lead in the long run to the fact, that with the life of other ones is pushed luck!

European-wide all income from rent will flow in the structure of the regions mentioned, whereby the income from rent are received locally by the respective European administrators and it must locally be examined carefully, whether the entire incomes arrived on haler and pfennig.

With the money and the suitable Europeans the native ones will be paid and trained accordingly, as functional and earthquake-proof villages are established like demonstrated in the films of the prominent people!

Followed of all continents of earth you will have to mark the start of this restructuring at the given time, whereby the handicraft has always the higher priority and the canalization may not constitute as a large net in future.

If you should be the opinion that you may do further what you want to, then I only may hope for all together, that you are very fast disabused completely!

The writing is valid for all correspondingly rich states and not only for Germany!