Noble Tarts of Our Time 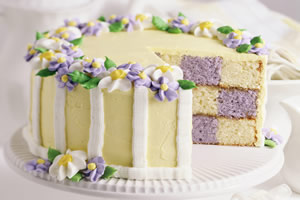 Please let the German-language letter be translated into many languages and be handed over to the corresponding places.

As already announced, I am now writing you a hopefully substantial letter that should reach every age-appropriate thinking person.

Now the time has come, the true clergy is seriously under fire, which many former Protestant secular dignitaries wanted to achieve, because now the clergy will be allowed to be scrutinised first by every mother or father in the future, as the clergy is let loose on the children with a potential sex offender vocation!

The open assessment and dubiousness of a clergyman is the actual result and another one follows, in that in future every appointed clergyman will think carefully beforehand whether he can follow his calling, since now the strict gaze of a mother or that of a father has been legitimised by the cases of abuse, which is particularly humiliating, even if only play-acting of some parents, especially that of sexual muckrakers, is used again!

Especially a man of honour like a high dignitary or "reverend" has a hard time with this, and this heaviness has a big, big name cleverly hiding behind these scandalous stories of child abuse!

Now I could name you some big names from the Protestant Church and from politics, who years ago have quite deliberately ensured this gravity and partly still today are deliberately steered in this way, so that the image of a true clergy should become shaky in this respect, so that the own name of individual persons and the questionable activity of some professional groups, which have crystallised through Protestantism and behind which especially people with a power potential are hiding, receive confirmation for their profession and for their "calling"!

Now the attentive reader wonders which professional groups or persons these are supposed to be, who are supposedly in the position to be able to steer in a direction!

But an exceedingly intelligent reader also wonders why the true spirituality has not attacked this steering in a sustained manner or at least tried to clearly question this steering again and again, as is now being attempted with the spirituality, whereby the actual goal must not be missed, which in the end must always lead to a takeover of the steering or control of humanity!

Certainly, much of this was due to the past of the Catholic Church, as can be traced in the history books, which thereby divided the Church, in that one part of the Christians joined the Lutheran Church through the Reformation, which created its own order.

Thus the financial basis of the church could be tied to voluntary taxpayers and made financially dependent, which was and still is true for both churches; however, the power of the Roman Catholic Church in particular could be greatly reduced as a result, since in politics and economics in Christian dominated states it was mainly a Protestant or persons of differing Protestant denominations who were in charge.

The demands of a Protestant on life were different from those of a Roman Catholic and since Protestantism had "created" itself, this rather artificial but also artful, the professions such as psychotherapist, social pedagogue, psychoanalyst or psychiatrist and many similar professions that have spread today in every branch, especially in the media, came into being.

On the one hand, a Protestant's standards were and are very high, but the artificial steering of societies by the many questionable professions now bring out what it clearly fails at; it fails through Protestantism to have a real connection towards the divine, as the leadership of this church moves on a two-track.

How is it actually supposed to work or be possible that a rather healthy person who is on the same level as his fellow human beings can bless other people or hold a wedding and confirmation, which are actually sacraments that require a special divine connection? ?

How should that be possible? ?

What are you thinking as Protestants; is this just a cult you want to follow or how is the special status of a Protestant pastor supposed to come about?  Surely you don't think you can do everything God can do?

Is Protestantism just a ticket to success and career on earth?

So what is this nonsense about already questioning celibacy or what is the point of ecumenism without celibacy?

What do you think would happen if there were no true and necessary union and no bearers to the hereafter?

Where would the meaning of life be then? In the consumer statistics?

And now we come succinctly to the point of this letter: If a clergyman represents his God-given guidelines, he must not be open to financial or moral blackmail.

He must never have to bow to the people, who, for example, have so far elected the politicians in a democracy, who can come to political power through their election promises, but must preserve the given guidelines so that humanity remains protected from itself.

That is why it is much easier and more profitable if in the future worldwide people selected and tested by the spirituality will go into the election campaign in order to reach political power, whereby the divine power is of course to be valued much higher, which is only represented by a leadership and a true teaching on earth, which will become clear in the matter of the remaining time.

Now we as humanity of the last generations have reached the bottom out of our earth and out of ourselves as human beings, because if in the future the top of society does not have the possibility to follow their calling or to stay healthy, because the honour of a clergyman may be questioned in advance, especially if a clergyman has to bring the children into the right teaching, then someone as a superior person has to give the direction and that is what I am doing herewith!

It cannot be that, for example, a person's sense of shame is systematically interpreted as an uptightness or a complex, although the sense of shame quite clearly distinguishes a human being from an animal!

It cannot be that the number of young children with a speech disorder or sleeping and eating disorder is constantly growing and at the same time the number of artificial professions is also growing!

The practices for speech therapy, psycho-neurology, social pedagogy and many other professions arise from a lack of knowledge of how to manage people and from politicians' poor powers of observation to perceive and recognise basic human needs, which is especially the prerequisite of a clergyman.

It cannot be that nowadays a wife has to perform the same services as a noble tart in order not to lose her husband to another, by sexually satisfying her husband in the way it is demonstrated via TV, video, cinema, Internet, photos, film, magazines, in the pub or wherever by some noble tarts.

Not to forget phone sex and the many electro-controlled or electronically controlled technical aids for satisfaction.

It cannot be that a person actually offers herself very cheaply via the media and thus harasses or impairs others with impunity and receives a lot of money for it, be it as a singer, as a dancer, as an actress, as a presenter or photo model, for example.

The sense of shame is not only affected by communal naked showering in institutions, but also by the aforementioned permissive and uninhibited images that come into almost every living room.

Also, the lack of a sense of shame within the family has long had an effect and clearly strengthens the self-confidence in the wrong direction, in that easier to "grow weary of each other" walking around naked in front of each other!

With some small children one can or could notice that the feeling of shame is "innate" and belongs to a healthy human being, because it is certainly important for the development of a human being and in no case to be thought away and to be treated!

A certain sense of honour also plays a serious role in the sense of shame, because if the sense of shame is equals zero, then the feeling of being ashamed of a single act also changes, especially if one has been convicted of wrongdoing.

Nowadays, when one is convicted of wrongdoing, one admits defeat because the other person has the better arguments, but no one feels ashamed any more, quite the contrary.

Through this indiscriminate sexual confusion and these shameless behaviours, especially the children can be shaped, preferably the boys, who later should actually form the strong sex, but often have to wake up as 'weakened' adolescents, because the parental home could no longer function properly through these "noble tarts stories".

This is where the deficits of our societies are to be found and at these crucial points it then comes later through an affected youth or man to these cases of abuse or to sex tourism, which has already been pre-programmed.

Unfortunately, it has long been apparent that expectant mothers want to show off their bellies and push the unborn child in front of them, with the clothing clearly showing the womb, in order to obviously attract attention and presumably to be recognised accordingly.

Here, too, a lack of shame and self-confidence is the order of the day, because a child is not a show-off object in the womb, but needs the protection of the mother and the father, who has to make sure that his unborn child is also visually protected from the gaze of others.

The father is the one who can look at the belly or womb in this way, otherwise only the doctor, because obviously during pregnancy this animalistic way of carrying can be transferred to the child, like many other things!

Conclusion: If one wants to lead people or feels predestined to be a leader in a responsible position, then one should at least first be able to recognise what has happened to societies worldwide, which consist of individual people of different skin colours, races and languages, whereby religious affiliation plays a supporting role!

HP: If one is already publicly exhibiting oneself or has publicly sold oneself, then something highly useful should come out of it for all societies together, so that such a presented crap can be ended, as "the party is over" worldwide!

Should come back some unrecognizable mixed ones (made by foetus) in a flight object from afterlife and you may be able to recognize that they feel ashamed of themselves, I advise you urgently to give them overcoats or blankets at once, because they outrank** you!