To the Evangelical Church of Germany (EKD) 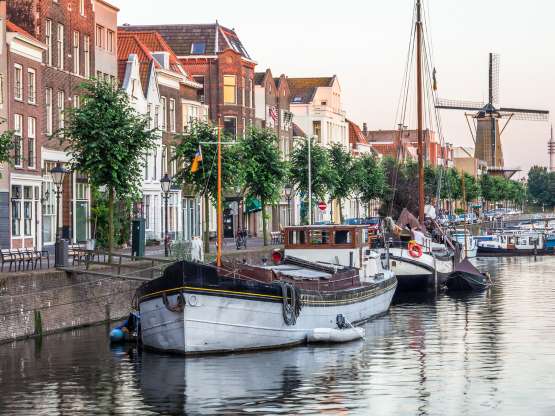 Enclosed you will find some letters so that your budget debate, which you as EKD are currently conducting here in Luebeck, is clearly clarified.

Should a few hundred Luebeckers have difficulties with their ears and with their consciences, this is not least to your credit, because this artificial and theoretical behaviour also comes from your church.

You, Madam Bishop, have shown through your sermon in the mass celebration broadcast on TV on Sunday that you have intelligence and that you are also characterised by a cosmopolitan way of thinking with the corresponding household budget through your experience, and that you can also speak with expertise by showing comparisons between poor and rich countries.

Through your trained self-confidence, you will now certainly allow my person to criticise your broadcast service.

My person did not like the way you in particular, as a highlighted person with a red stole and with your head raised, walked to the altar in front of the camera.

In the opinion of your Empress, it was not a gesture of a demonstrated pride in being a Christian, but rather a demonstrated pride in representing a position and an institution, but otherwise your "sermon" should have been quite different, whereby it should be mentioned that you will not possess this gift of being able to deliver a sermon for natural reasons, but are a normal woman and mother who represents an intelligence.

By the content of your "sermon" you have vicariously confirmed a letter from your Empress, (by our Lord and Creator) which your Empress will enclose.

One thing, however, was astonishing in your remarks; you asked that the Creator come to us human beings, or at least send us His Son.

You as a rather so-called female bishop asked yourself questions; only if you ask yourself questions as an intelligent woman, then you should first deal with the essential basic questions and then look for answers and exactly these logical, natural principles and foundations are missing in your institution church and then inevitably lead to psychologically theoretical actions and professions.

Your Empress compiled some very essential questions in writing about three years ago and was also able to answer these questions through various letters, however, not only the letters, but also the practice of my person can give clear answers to many questions posed.

There has also been a King J. P. and an Emperor D. G. on God's earth for a long time, and they will certainly not be trifling with for much longer.

To help you on your way, you should have asked yourself the following questions long ago, since, like others, you also feel called and qualified as a woman to baptise people, to marry people, to bury people or to bless people in general.

What special connections do you have as a so-called female bishop?

Are you directly connected to our Lord Jesus?

And what connection does your spouse have?

In what place then do you place yourself after your life, who should necessarily have had a special position through your life?

After your life, do you and others not want to live eternally with your spouse or, as the case may be, with your wife or a loved one?

Do you believe in eternal life at all?

Do you have no direct connections but still want to bless people and say mass because perhaps Martin Luther is your connection?

What difference is there between a metabolism in connection with the psyche of a man and a woman and is there one at all or does hormone balance not come into play significantly?

You will notice that your Empress makes a little fun of your profession, which is actually an unattractive way for a person to make fun of another person's beliefs; however, it is not only on these questions but on the people that my person can find the right answers and draw conclusions and that is then reason enough for such an unattractive way for my person.

The next question would then also be the question of the appointment of a monarch.

What about the so-called British Queen Elizabeth, for example?

Will she, as a head of the church, now also be able to represent her state after life, and how does it then relate to her husband?

With whom does she want to live eternally together, surely not with our Lord Jesus?

How did this monarch or head of the church get into this office?

Had one of her ancestors perhaps slain a lion or fought a battle successfully?

You will notice that it is not only the Protestant Church that must have your Empress shut down, and you should notice how dangerous such an office in higher spheres will be in truth, even if behind this kind of Christian faith is person  oneself.

However, the human being of the categories* just mentioned does not kneel when praying or worshipping*, since something real and true cannot actually be found in these churches either, which, however, will certainly be possible in foreign cultures and religions.

But where is the Son of God to remain; in your heart perhaps?

And if so, is he then well kept there or is he also thrown out for a moment and then where is he to go?

Where does he remain if he should dwell in the heart of a smoker?

Where does he stay if he lives in the heart of a prostitute, whereby this question is only about the constant change of partners?

Where can he stay if the heart is an artificial one?

But where does he stay if he lives in the heart of a child and who could secure this home and thus the child?

Who actually once only worried about the safety and whereabouts of our Lord and clearly represented these thoughts as a fact?

And where then is the Creator to remain if the Son of God cannot find a safe abode?

Are there other beings known to us human beings or are there only "good" and "evil"?

Your presented request has already impressed my person, however, unfortunately, the questions about the laws of nature and their proportionality through the forces of nature have fallen by the wayside in this context, so that it is important to understand who, for the time being, could provide vicarious help combined with not quite insignificant miracles and that miracles will logically no longer be possible for us humans, as we currently live, in a direct way*.

The same applies, of course, to your entire profession, which you represent, but which (for moral reasons)* is not to be personified.

Such and similar inversions of truth are fundamentally not to my liking, but you as Protestants are not primarily responsible for this.

The necessary dialogue between the larger Christian churches is basically undertaken by your Empress alone through various letters, which are also addressed to the opposite side, in order to guide the matter as far as possible through verifiable information.

Also, the "Umbrella" or better the Cudgel of your Empress should lead the matter on his own, so that a takeover of the children and young people into the right church can take place without stress.

Your immediate superior on the part of the Roman Catholic Church would then be none other than Cardinal Karl Lehmann+, Cardinal Reinhard Marx* who will certainly not yet know of his good fortune.