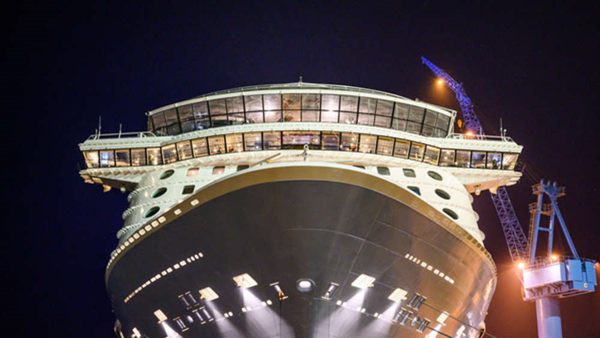 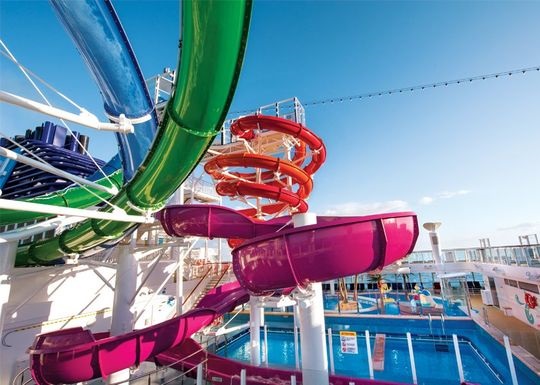 To all Embassies Worldwide

To all TV- and Radio-Stations 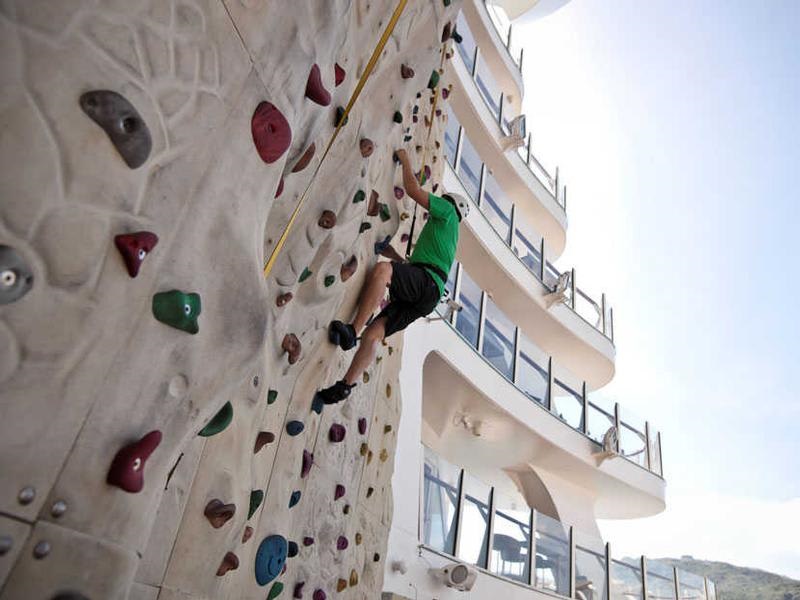 Please, let the German writing "Die Jahrtausendwende" be translated into all languages truthly appropriately and be handed over to the responsible persons.

CC To all Judges

You and other ones let frequently demonstrate films via the TV and movie theatre screen, which include unusual and abnormal sexual needs.

This kind of the human sexual satisfaction often is between a brutality and quite obviously animal needs to come together to the kick what many people already need in order to be at all satisfied.

Through these demonstrated scenes mentioned above the imagination is stimulated and in such a way the sexual life of the society takes its run in a manner.

Such scenes especially increase the men, whose have an unhealthy behaviour toward a woman whether by the upbringing, by own experiences of a relationship or too by extreme experiences or else by abnormal film demonstrations or photos.

Extremes as is generally known capsize very often and can also change to the same sex or also to an animal.

As the last days published by the medias has a now fifty-eight year old man tormented two young girls almost four years and one of the now young women even impregnated several times. Like the animals the two young women were held below the earth where daily their existing only would have been able to end by a power failure or a socket coupler, when the air supply would have been cut off.

These girls were in a predicament and in a dependence of a sick human being that wanted to realize his needs.

Not only the two girls or rather the young women had to take and sustain this torment, there are many, many people on the whole world, those will also be in a predicament and dependence opposite sick people as recently for example some Iraqis had first-hand experience, those came in captivity and were extradited to sick people in prisons where others did no more come out alive of these prisons.

Not each one survives, if he is at mercy to sick people what will also be generally known.

However, something is also known; not in every prison, not in every psychiatry and not in every nursing home there is something ‘fishy’ about it, on the contrary, but if the respective personnel should not be quite healthy and is confronted with people, which react rather aggressively or lose the nerves in specific situations, several components come together indeed that of the sick personnel and that of the occupants, these at this time are in a predicament and dependence opposite the personnel.

If a human being is not healthy but has the averages and the position to determines on life or the living quality of an other one or other people for a longer period, then that person or those people are in danger to lose life or have to give up their dignity, since normally the sick person of a power position try to flout the dignity and the rights of other ones in order to be able to satisfy his ego.

For this reasons the personnel of the execution of the sentence will have to have special prerequisites to be suitable for such a position.

Nevertheless in the course of the years the human being change by his direct environment especially too by his circle of friends and by his philosophy of life that is also formed by means of the medias.

The ideals and ideas dwindle away by and by and the prospects are reduced with the increasing age on the other hand yet the power position has been or in general increased by long-standing experiences as a jailer, as a prison director or as a psychiatrist in a leading function.

There are known cases all over the world where for example an Indian was taken out his eyes, who as a patient was in a psychiatry in India, no doubt to carry out presumable experiments with the eyesight at other ones, since e. g. the man in a psychiatric institution was total untrustworthy and unprotected, so that every other one would never has doubted the reasonable lies of the medical fraternity, those were apparently not capable for a murder but they made sure that everybody  disbelieve the sick elderly person.

There are cases where a person comes physical healthily to prison and must let himself infected directly or indirectly with AIDS by a sick execution of the sentence official.

There are cases it is called very simple that the patient or the prison occupant died of heart failure or it is said, the death cause was a natural cause by cardiac arrest and so on and so forth. There are cases a person lost his head and he became a murderer or a murderess.

By a long imprisonment he wanted to pay for his hard debt yet he not more leaves then his tormentor place as a human being but as a half loaded aggressively monster, where daily he was hurt by sick supervision personnel in his dignity as a human being!

However there are also cases the punishing execution official becomes in a manner a murderer or a tormentor namely by the threats and insults of the prison occupants lasting for years!

Now there is also the possibility that visitors and above all the lawyers, the public prosecutors as well as the judges know the going on in the prisons and therefore also know the supervision personnel.

These people know precise that execution of the sentence personnel and will know, which predilection will have these ones partially.

Especially in the USA a specific disposition of a person possibly even is a prerequisite in order to receive a position in the executive.

This has very fatal results for people, those will be in their personality too strong compared with such authorized persons but also it is the other way round, because for the authorized people it can have fatal results.

Now it is highest time and it is very simple a must to employ exclusively persons with a very strong personality for such activities and not the ones, these already in the pre-way have certain dispositions also to an use of force, so that a predicament and dependence, in that a person could come, normally would not been abused.

Particularly the judges will call to account for every abuse of a dependency of a person especially also then, if from different sites already the bad reputation by the personnel occupation of an institution reached the court and further raised.

The responsible persons will made for it that people from these categories will let be brought to the prisons or mental homes and have to make sure in person on site that not only one prisoner, inmate or locked up resident can be abused, treated or infringed on his dignity by the supervision personnel.

The motto during leadership of Empress does not read:

If somebody hits your face, then you might to turn the other cheek but it reads:

It will be hit back in the same measure, however in no case never harder but if possible not less hard, too!

That meant, the ones will be locked and their dignity will be infringed, whose lasting for years knew precisely from these things or have suspected something in this regard, however they did not assure them in person of such grievances and let things ride, especially concerning the judges and public prosecutors.

Too, the sick supervision personnel will have to go to an other prison by this lesson in order to receive the chance for a future, what also includes the afterlife.

The lawyers are also required and requested to remedy the grievances at prisons or mental homes especially at the isolated institutions, when they may be will accompany the judges as the attendants also may be serve a prison stay, whereby the most important item the correct personnel occupation of the entire executive is.

From the view of your Empress for states of other cultures like mainly the entire Asiatic area, Africa, partially South America, Australia and Oceanic this measure of retaliation are limited valid, since the entire culture is differently structured and the high density of population requires stricter measures.

However, the replacement of the corresponding personnel is also required absolute in the foreign countries, quite especially at the hidden prisons or institutions.

People in countries of other cultures seen from the view of the Empress very often were locked-in  at a psychiatry or prison because of other ideologies, opinions and convictions.

Those people made themselves strong for their convictions, so at least they have had more than many other people do have; indeed a firmly opinion and conviction of this they not let them change, however this should become broken at the institutions like a prison or a mental home.

Also in the old people’s homes or especially nursing homes the personnel must be put to the acid test or else every responsible person should let better do work without the unsuitable personnel and in the case of doubt let close down the home for lack of suitable personnel.

There is nothing worse as if a person is taken into a predicament and dependence of sick people, which cannot note any more that they are sick.

The only possibility to cure such an illness and to let such a person the chance to be able to be secure also his afterlife, that is this additional kind and manner of retaliation, what should be accompanied by the cudgel of the Empress.

The victims of such sick creatures require a revenge to get back again the belief in mankind, at which a controlled retaliation and a revenge is closely spaced, yet the retaliation will be the gate for a future of the mentioned people.

People from other cultures will one day also stand before their judge, at which the controlled retaliation should only bear fruits in this form correspondingly directly to people on duty, started e. g. from a prison director up to the warden, or from a head of a home up to a nurse, much less from the corresponding medical superintendent of a psychiatry up to a sick male nurse.

In the matter and  commission of the Creator a very high effort is required by all persons being in a responsibility of other cultures in the point of view of the entire judicative, which must be the equal way for the retaliation!

My person expects that each one can estimate what it means for the individual, if one tries to attacked the representatives of the Higher Right or has already done it in a manner, which consists of three persons, Emperor Diethard, King Jürgen and my person, Empress Ursula.

Notice: One also may expect that each one will know that now instead of cultivate big rape fields for the combustion motors of the cars at first must be guaranteed for a supply of the Sudanese, so that the retaliation will keep itself within limits, what you and people like you as well as every other one hopefully get to know, too!