To the Commissariat of the German Bishops 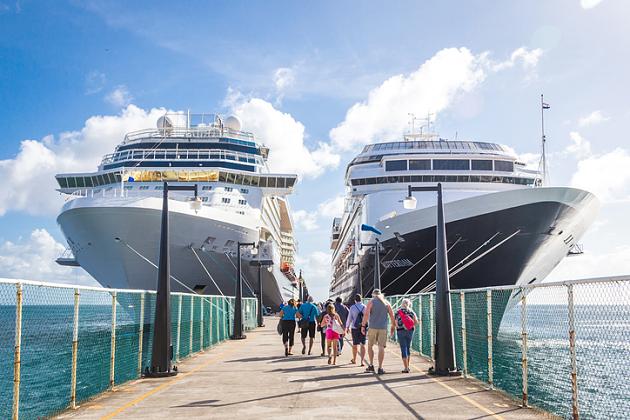 CC-list to all Roman Catholic Ordinariates and Parishes. The German-language document you may find here!

HP: To avoid any Misunderstanding on the Part of the Readers:

Only a person in a superior function and position may allow oneself to use this tone and style of letter towards the true clergy, so you and your kind had better not forget or confuse this, because otherwise you will get a smack on the ear! !

Today is Thursday, (Thunder-day in German-language) the day when your Empress should be thundering off again.

Time is pressing, it is coming to an end and you, as clergymen, lament, among other things, the lack of priests and you will know, as confirmed on Sunday via Deutsche Welle and Deutschlandfunk by a priest's celebration of Mass, that there will soon be no new procreation left.

It is not only your task to pass on the faith "in" our Lord God, it is your most noble task to give your flock a good talking to, so that they know which way to go.

But you only argue and quote and interpret the Good News, whereby your words are true, correct and originate from the spirit of God, your Empress does not want to deny that to you and many others.

In this respect, however, many of you should first be taught, so that you are in a position to clarify the way for your sheep.

Nowadays, at least every third older woman is happy if she can go through life as a widow and is not constantly humiliated by her husband through the beautiful, healthy young women or, increasingly, by men.

What do you think is actually going on in most women?

These women will have taken their medication themselves for a while, but at some point they no longer bear their unfortunate situation alone, because then the nature of the woman comes through, which is not necessarily set up to remain forever young, beautiful and desirable for the man.

Many fears, a lack of instability and resistance arise, whereby this then particularly affects people who still have a stability.

Not only in professional life, but also in private life, drugs and other substances are secretly put into the "coffee".

Even young women are quick to recognise their situation and often make sure that their husband or life partner regularly has his headaches or other ailments so that he can't go out and have a good time, but stays nicely under control for good reasons.

It can also be the other way round in some relationships, so that the husband wants to keep or destroy his wife in this way, you naive responsible people, you!

Not only the adults but also already the children or grandchildren are given their ration secretly, perhaps to bind the daughter or grandchild to the sick grandmother because she is threatening to fall and this could result in a task for her in the family!

Yes, time has long since advanced and continues in giant strides!

You, however, ask the Lord for help and forget that you yourself have been the help to give your little sheep a rocket.

Keep on whining about the new generation, ha, ha, you are having the Protestant church upgrade and that church open kindergartens in all areas with many children.

There the children learn to pray and sing, but they learn through the applied psychology of the worldly how great they actually are and how great their name could become!

The children sit or stand while they do this, ha, ha, and then later they raise their heads accordingly when they pray and don't even really know that God exists.

Ha, ha, you not only let the children be taken away from you; you also let the pitiful remnant pass over, for example through an ecumenical wedding and then through the baptism of the next generation.

Even your vestments may be worn by a secular person, you are quite generous there!

Your generosity goes so far that you grin in the face of the "devil" and hold out a host to him, you silly cowards, because then you have your peace and don't have to toil and trouble yourself.

You already know today that in a few years you will put this or that parishioner in the ground, but this little sheep will probably no longer be able to perceive the way, because his or her mind will have long since fallen by the wayside.

Ha, ha, on the one hand you stand up for the Lord also especially through celibacy, but you do not defend your conviction, you strive for ecumenism.

Then go in peace and keep peace through humility and supplication, ha, ha .... !

First learn arithmetic, then bookkeeping and when you have mastered these two subjects, then finally learn to read so that you can speak a clear language, so that you can deal with "half animals" these days.

Then protect the children by opening our church doors to the children who have the right to a true faith and the right to learn to pray so that they can get through life with God and not be brought up wrongly!

Make sure that mothers do not leave the household and the children, but take care of their children, today more than yesterday and certainly for tomorrow.

Ha, ha, you allow more and more baby-cots and day-care centres to be set up; then don't be surprised if one day you get an elbow or more from a kindergarten child who has had to fight for a place in this society.

Set yourself up to be able to take over all Christian institutions without transition and without unnecessary dispute in consultation with all related churches under the supervision of your Empress's Cudgel, perhaps by having the churches also converted to suit children and knee benches without padding commissioned.

Every mother and housewife has to take care that she does not violate her duty of supervision by not trustingly handing over her child to strangers,/ for example to a kindergarten teacher/ or sick family members.

In this day and age, every mother is obliged to regularly take over the education and supervisory duties in the kindergartens for her own child, whereby the loss of wages could be compensated by the proper use of unemployed persons by means of unemployment payments.

It would make sense and be safer for many if grandparents and great-grandparents could also be involved in the family life of the children and be given their place, whereby they may also take over the kindergarten supervision of the grandchild.

Also, your Empress is convinced that a housewife and mother in the present time and in the future *must necessarily expect a financial reward and should not receive education allowance in old age.

A letter to this effect regarding women and housewives is already on hand for the revision and implementation of the corresponding order.

Now, this coming Sunday, some parishioners will again creep forward, to the very front, wanting to come true again.

You don't need them at all! You simply hold out the host to your good little sheep and Sunday is over again!

Your Empress, on the other hand, will pay double the price again, the rent and the ancillary costs.

You'd better not forget that there has never been a generation in which, for example, pregnancy has become as risky as it is today, even for the reasons I've pointed out.

Not only do parents secretly give their children and grandchildren medicines, but children have also been secretly giving their parents the appropriate rations for a long time; this is how far things have come, and now you should finally start doing the maths so that it's not always the wrong people who have to pay!

HP: No one is the other's judge when abysses open up, because the Cudgel or the "district court" will take over!